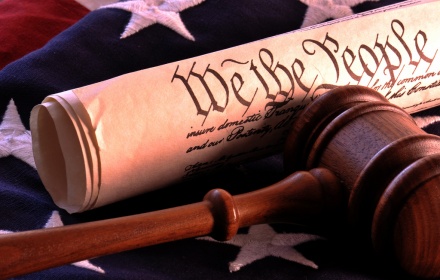 We see it with increasing frequency. Questions and concerns are arising over police brutality all over the country. With news coverage of these incidents, it has become clear that the public and the law enforcement officers interpret the circumstances differently.

There has been a disturbing trend the last few years where police have deliberately lied about their actions when self-reporting the altercation.

As American citizens, we have rights that need to be granted to us. When we’re pulled over in the car or suspected by law enforcement to be involved in a crime, we expect to be treated fairly if we don’t present violence or danger to the officers. The public typically questions whether or not the force was warranted after seeing footage on the news. What we ask ourselves is whether your civil rights were violated.

We have filed a complaint against Pennsylvania State Constables for violating the civil rights of 39-year-old Kevin McCullers in his own driveway. The sudden firing on McCullers was unprecedented and without warning, leaving him paralyzed and permanently disabled, requiring lifelong care. Other across the country haven’t been so lucky.

The most recent case to garner national attention is the circumstantial death of Sandra Bland, a Texas woman who was pulled over for failing to signal a lane change. The dash cam footage shows the interaction between Trooper Brian Encinia and Bland, where Encinia shows aggression and irritation quickly.

This occurred just after the riots in Baltimore over the death of 25-year-old Freddie Gray, killed in police custody. That’s not to mention the homicidal misconduct of law enforcement in North Charleston, SC, in the death of Walter Scott, or the shooting of Michael Brown in Ferguson, MO.

Scrutiny is clamping down on federal and local law enforcement in every action they take. Dash cams and body cameras are recording all actions in the event of abuse. Still, there are cases that arise daily of individuals being brutally attacked or beaten while confined by handcuffs.

The city of Baltimore has paid almost $6 million in compensation to victims of police brutality. When your civil rights are violated by the officers who are supposed to protect you, you have the right to seek justice. The Baltimore Sun outlined over 100 settlements in the last four years over injuries due to excessive force and police brutality. The victims included an 87-year-old grandmother, a 26-year-old pregnant woman, and a 65-year-old church deacon.

To see video clips of some recent altercations and events that transpired while individuals were encountering police, the Huffington Post explains some cases and the police reports that followed. Many of us are unaware or notice that this brutality is occurring far more than it should.

We help protect your rights. When you need a civil rights lawyer in Philadelphia to hear your case, we take police brutality and wrongful actions of our law enforcement very seriously. No matter the state in which you reside, we will listen to your claim and use our network of established attorneys to help you receive the best representation. Don’t let a senseless act by law enforcement ruin your life.